Happy Anniversary to Us!

George Dondero, age 38, was Royal Oak's first mayor.  A senior member of the law firm of Dondero & Hoxie, he served as the village attorney 11 years and was the president of the school board. Dondero grew up in Royal Oak. He  graduated from Royal Oak High School in 1903 and the Detroit College of Law. He taught school for four years, was a former village clerk (1908-09), village treasurer (1918-19) and assistant prosecuting attorney for Oakland County (1920).

James Lawson, 40, partner in Chapman and Lawson, a real estate business. (Lawson Park is named for him. See the plans for Lawson Park,)

Gustavas Dondero, 52, operated a confectionary and bakery on Main Street.

J. Frank Codling, 40, owner of JF Codling Co, jewelers and clothiers. (Codling would go on to be appointed mayor for one year in 1925.) 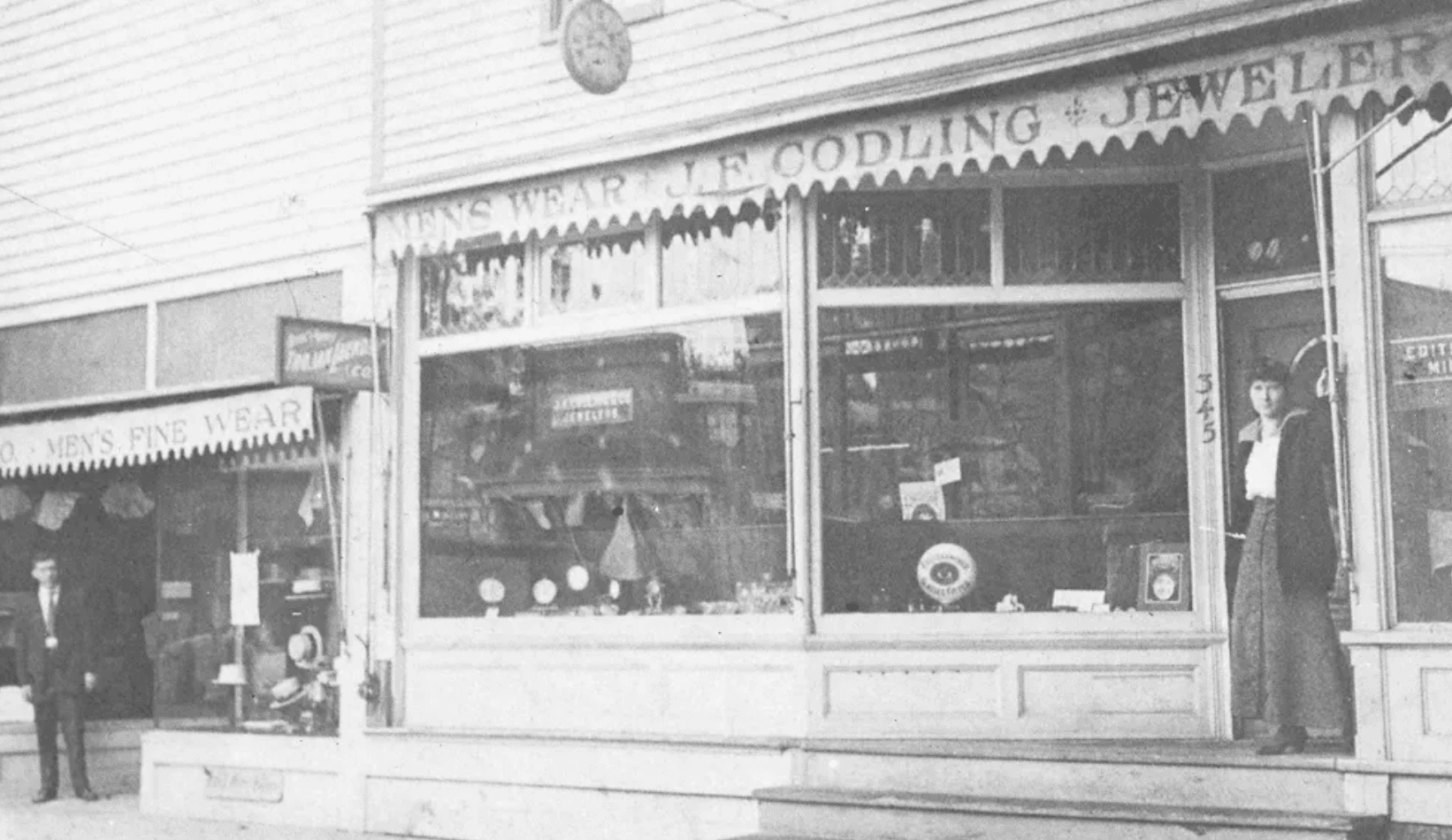 George Dondero served just one term as mayor. He would go on to be elected to the 73rd United States Congress in 1932 where he would serve until 1957.

A.G. Miller was elected Royal Oak's second mayor in 1923. The Royal Oak Savings Bank Block (at the southwest corner of Fourth and Main Streets) and 117 West Fourth Street were originally known as the A.G. Miller Building.

In 1923, one of the top three vote getters was Mabel Baldwin. She became the first woman elected to the city commission. Baldwin was also the first woman to be township treasurer.  A prominent business woman, she owned property at 310-312 S. Main Street, the site of the former Royal Theater, which was for years the city's only motion picture showcase. Her father, John Baldwin, was the president of First Commercial State Bank and owned the Baldwin Theatre.

In 1927, Aniela Poray, became the second woman elected to the city commission. A Polish immigrant, she spent 15 years with the Detroit Public Library and three years with the New York Public Library. In 1917, she returned to Michigan, became librarian in the Northeastern High School in Detroit and took up residence in Royal Oak with Elizabeth Briggs, the director of the Royal Oak Public Library.  The two woman lived together for nearly four decades and raised three foster daughters. Poray took an active part in civic affairs. She was a charter member, vice president and president of the Royal Oak Business and Professional Women's Club, was a sponsor of the Junior Business Girl's Club, a member of the board of directors of the East Side Settlement House of the International Institute and an advisor in the Royal Oak Public Library. She served on the Royal Oak City Plan Commission and was Royal Oak City Commissioner for two terms, 1927 to 1931. She contributed a column known as "Book Chat" in the Daily Tribune and completed her work tor her Bachelor of Philosophy Degree at Marygrove College while on the Commission. She was later given a Master of Arts degree from the same institution. Miss Poray was esteemed by her community as a woman of character and ability, devoted to the welfare and public progress of her city and country, tolerant and philanthropic in her outlook, having a keen and analytical mind and a talent for leadership. Source: Royal Oak City Commission Minutes, January 21, 1946. 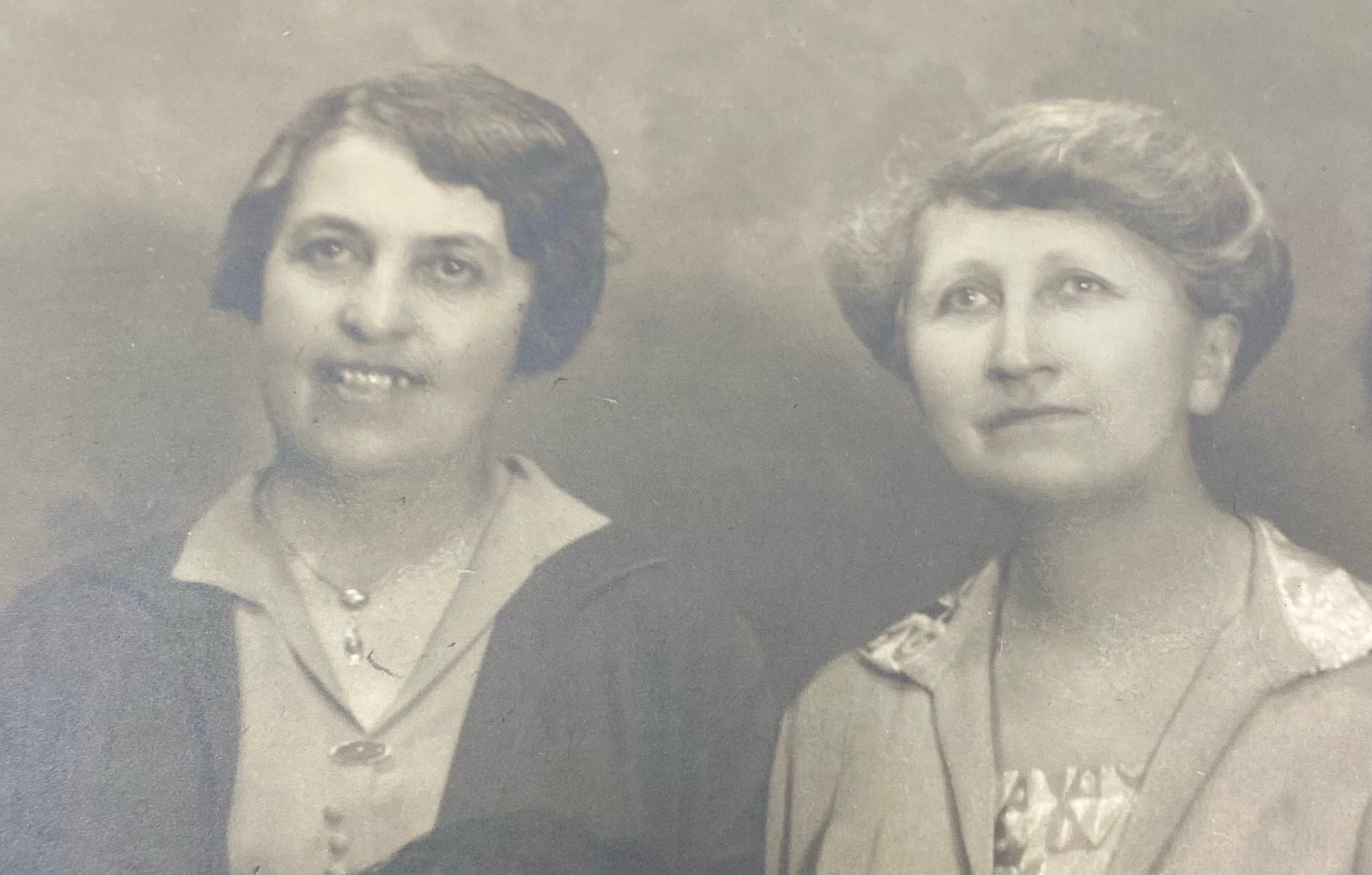 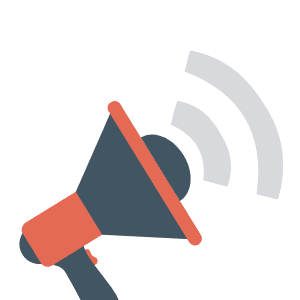 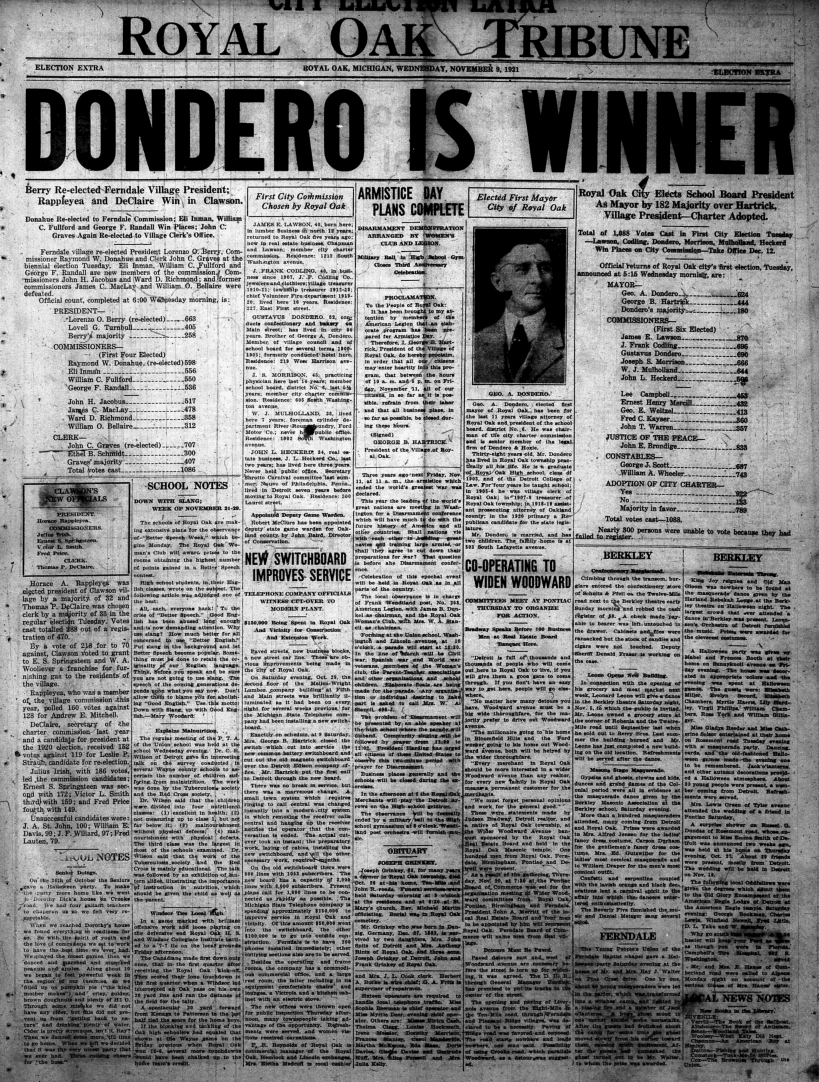 Read the results of the election that started in all!

The digital archive spans more than 138 years from 1877 to 2015 and can be accessed here at The Royal Oak Daily Tribune. 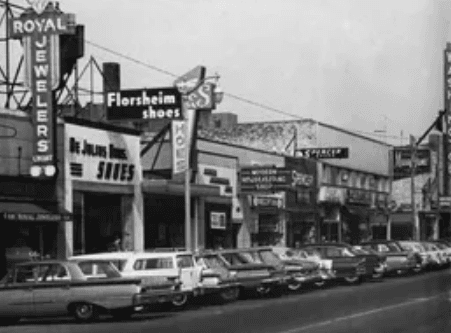 Discover stories about growing up, living and working in Royal Oak. Explore the history archives. 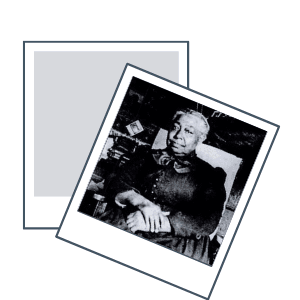 We're looking for longtime residents to help tell the story of Royal Oak.

Do you have a favorite Royal Oak tradition, place or person you would like to share with us? 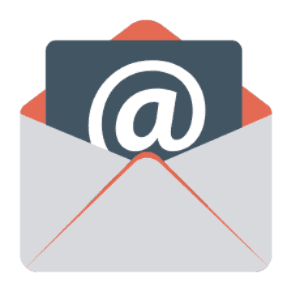 Sign up for the Royal Oak Weekly e Blast and be the first to learn of events. 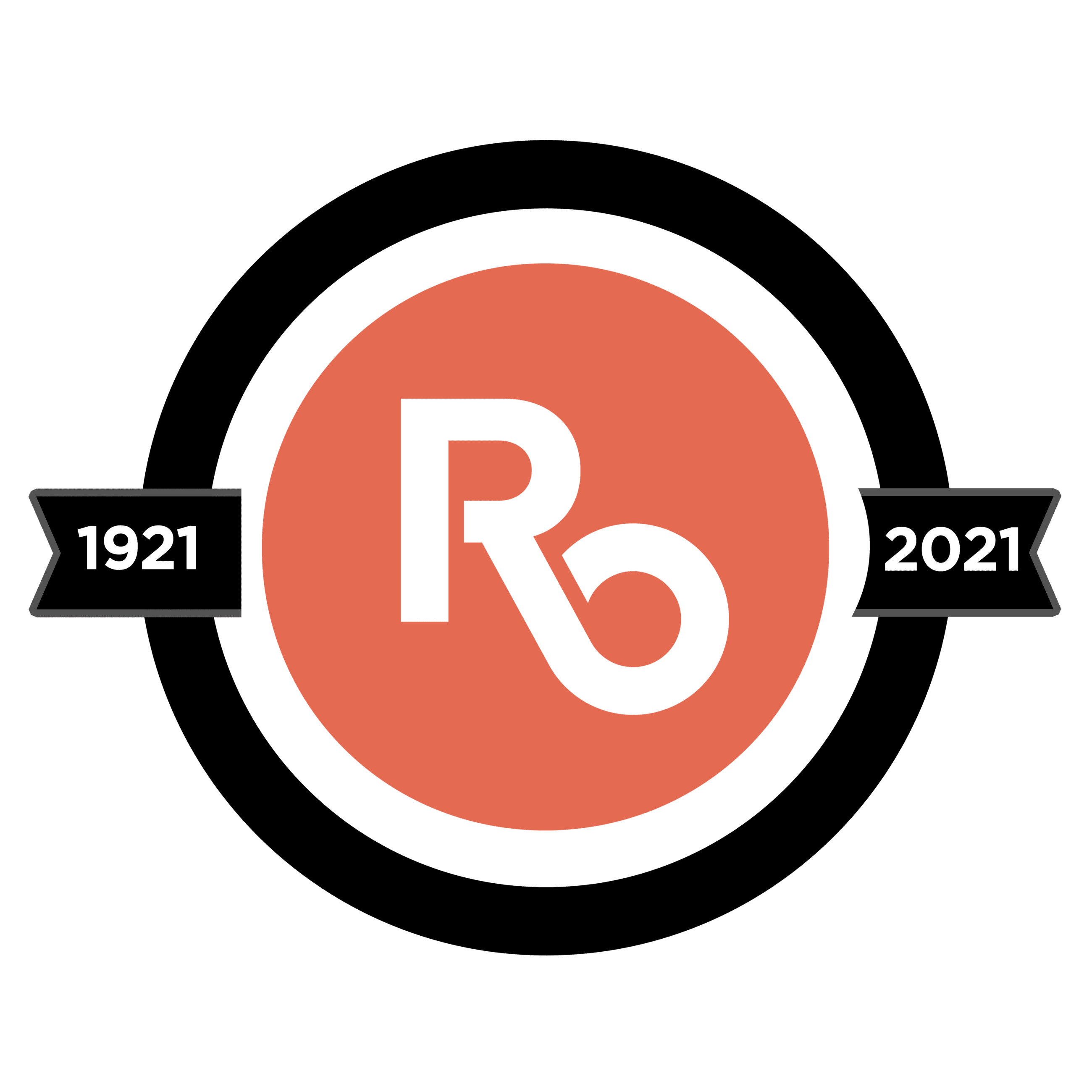